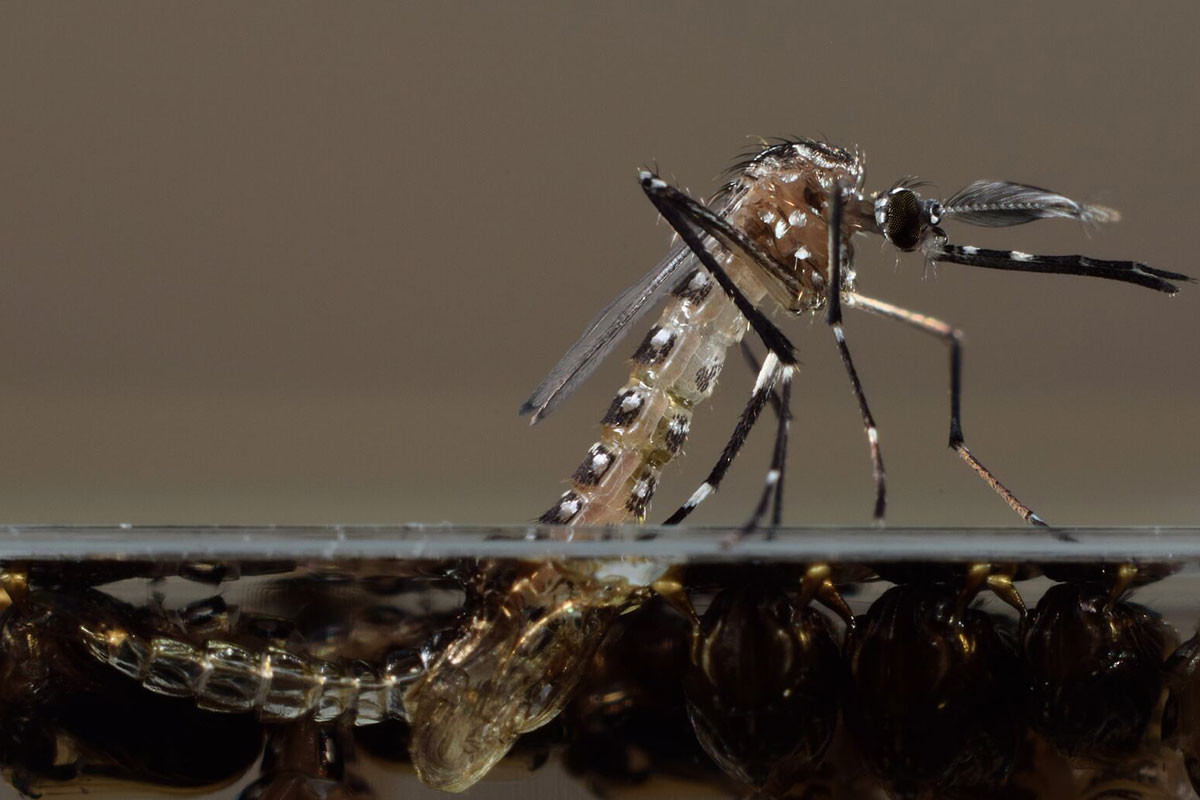 Male mosquitoes have been modified so any young they sire quickly die(Image: Oxitec)

The insect assassins have been launched. Millions of genetically modified mosquitoes have descended on the Brazilian city of Piracicaba in the battle against dengue and a test in Florida is also in prospect.

The GM mosquitoes are all male, and when they mate with native females, they pass on a gene to offspring that causes the larvae to die before they mature.

The plan is to flood the area with GM mozzies to outnumber native males, gradually whittling down the numbers of dengue-transmitting mosquitoes.

The GM mosquitoes were designed by Oxitec of Abingdon, UK, and are bred en masse in a factory in Campinas, Brazil. The firm has a permit to commercialise and release the mozzies anywhere in Brazil.

Oxitec is also waiting for a permission from the US Food and Drug Administration (FDA) to test the mosquitoes on Key Haven in the Florida Keys.

Since April, 6 million GM mozzies have been released in the suburb of Piracicaba that is worst infested by Aedes aegypti, a mosquito that spreads the dengue fever virus.

“They’ve asked us to take on the neighbourhood that’s the worst to prove it works,” says Hadyn Parry, chief executive of Oxitec. “We hope that if it does, we can expand to a larger number of areas.”

Results up in lights

The GM mosquitoes also carry a gene that makes the larvae they sire glow red under ultraviolet light, which allows scientists to see by eye how well the strategy is working.

By leaving pots of water, in which female mosquitoes lay eggs, at strategically important sites in the treatment zone, researchers can tell by counting the proportion of red larvae how well the treatment is working.

“It gives an instant readout of how successfully you’re driving down the native population,” says Parry.

So far, the pot-survey has revealed that half of the larvae in the area have been sired by the GM mosquitoes. “Reaching 50 per cent already means we’re on the same eradication curve as we’ve seen in earlier trials,” he says.

A recent trial in a suburb of another Brazilian city, Juazeiro, showed that within six months the GM mosquitoes had reduced the native population by 95 per cent – below the theoretical level needed to transmit the disease.

“It showed that our method is more effective than any other at eradicating the mosquitoes that transmit disease,” says Parry. “With insecticides, nothing clears more than 50 per cent of the mosquitoes, whereas we got above 90 per cent.”

Whether the reduction of dengue-transmitting mosquitoes will actually lead to a drop in disease incidence is still to be seen.

“In theory, if you have fewer mosquitoes you have less transmission, but in reality, this is something we still need to investigate,” says Margareth Capurroof the University of Sao Paulo, and head of the Brazilian team that conducted the Brazilian-funded trial on behalf of Oxitec in Juazeiro.

“You can have lots of mosquitoes with only a few infected, or very few with all of them infected,” she says. “If this happens, you suppress the population but don’t affect dengue transmission.”

Oxitec has plans to run a trial on an island to see if it can eliminate dengue using this method.

Laith Yakob of the London School of Hygiene and Tropical Medicine says the results are impressive but the effect may be temporary, just as it is with chemical spraying, because mosquitoes can move in from elsewhere and those remaining will multiply. So further modelling is needed to optimise the timing and location of releases to reduce and manage the burden of dengue.

“The level of control is phenomenal and although some wild mosquitoes remained, these were of such low numbers as to pose an all-but-eliminated threat of disease,” he says.

Oxitec is now hoping to win FDA approval for trials in Florida, as a preventative measure.

Parry says that the FDA has completed its review, and will soon publish it for a public consultation, before deciding whether to approve the trial.

Unlike in Brazil, where polls show high levels of public support for the technique, there has been considerable opposition in Florida.

This is not surprising, says Parry, because Brazil can see more than a million new cases of dengue a year, whereas Florida has hardly any.