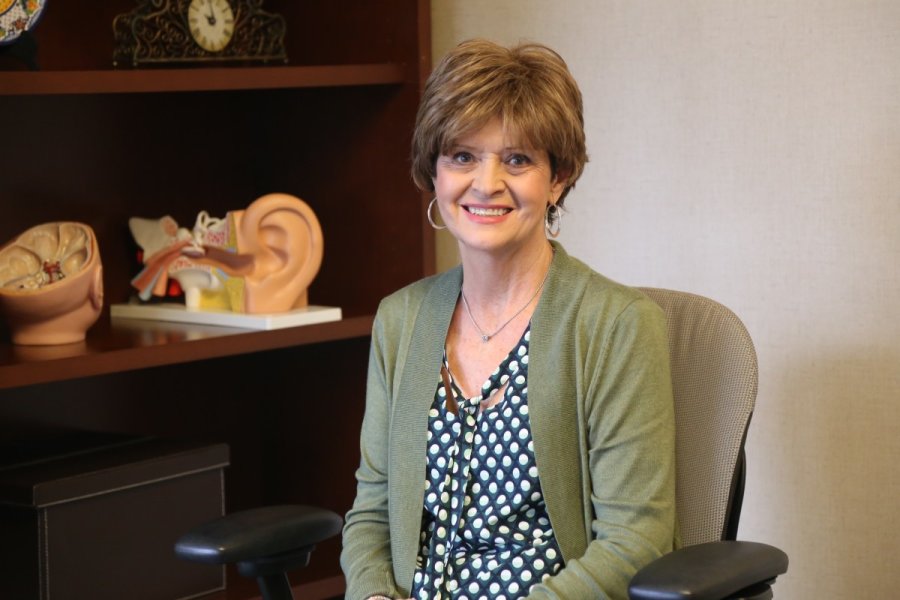 A woman had a cold virus injected into her brain tumor in an effort to eradicate it, making her the first person in the United States to participate in a clinical trial using this method, which incorporates immunotherapy, and was performed by doctors at the University of Arkansas for Medical Sciences (UAMS).

Beth Rogers, 63, of Hazen, successfully underwent the procedure Oct. 5 and has been taking immunotherapy treatments with the drug pembrolizumab — brand name Keytruda — every three weeks since without complications or unexpected side effects.

Rogers said that despite the unknowns involved in being the first person to receive the treatment, she had no fear.

“I’ve got so much to live for,” Rogers said. “I’ve got a wonderful family, five grandchildren, wonderful friends and a community. And I’ve just had so much support. I’m a retired elementary school librarian. They’ve written me letters and sent me cards. I owe it to them to try and see what I can do and that’s why I have no fear. I know I’m on the right path.”

J.D. Day, M.D., professor and chairman of the Department of Neurosurgery in the UAMS College of Medicine, performed the surgery and described the treatment as a combination of therapies that he hopes will destroy Rogers’ cancer. If successful, he hopes the treatment will become a first line of defense for patients and doctors in treating glioblastomas.

During the surgery, Day used a new and specially designed cannula to inject Rogers’ tumor with an adenovirus, which is a common cause of respiratory illness. Once in place, the virus began multiplying, attacking cancer cells but not affecting healthy cells. The virus replicates on its own, continuing the attack as long as cancer cells are present, so no further injections will be needed.

The immunotherapy infusions aim to weaken the cancer cells and improve immune response to aid in attacking the tumor.

The combination of treatments has proven successful with other types of cancer, but this is the first time it has been tried with a brain tumor.
Rogers came to UAMS for the procedure when her tumor continued to grow despite two previous surgeries and a combination of chemotherapy and radiation. She went for a consultation from an out-of-state cancer institution and they referred her back to Arkansas for this trial.

“That is so neat,” Rogers said of being treated so close to home. “I’m just hopeful through this trial that I’m going to help them find better treatment for glioblastoma because we’ve got to do something. And I’m proud that it’s being done in Arkansas at UAMS.”

Day said he has worked to make UAMS a place where people can be treated for brain tumors regardless of the specific challenges in their case because he doesn’t want people to have to leave Arkansas for treatment. Because of that groundwork, UAMS was prepared to take part in this groundbreaking trial, he said.

“We have worked to build a center for brain cancer treatment that is essentially second to nobody,” Day said. “We have all of the tools; we have all of the important research; we have trials open to patients — anything that people beforehand would feel they would have to leave the state to get.”

A few additional U.S. sites were approved to take part in the phase two trial, called CAPTIVE — Combination Adenovirus + Pembrolizumab to Trigger Immune Virus Effects — but when Rogers was identified as an ideal participant, UAMS became the first to actually perform the procedure.

WHO announces a Public Health Emergency of International Concern