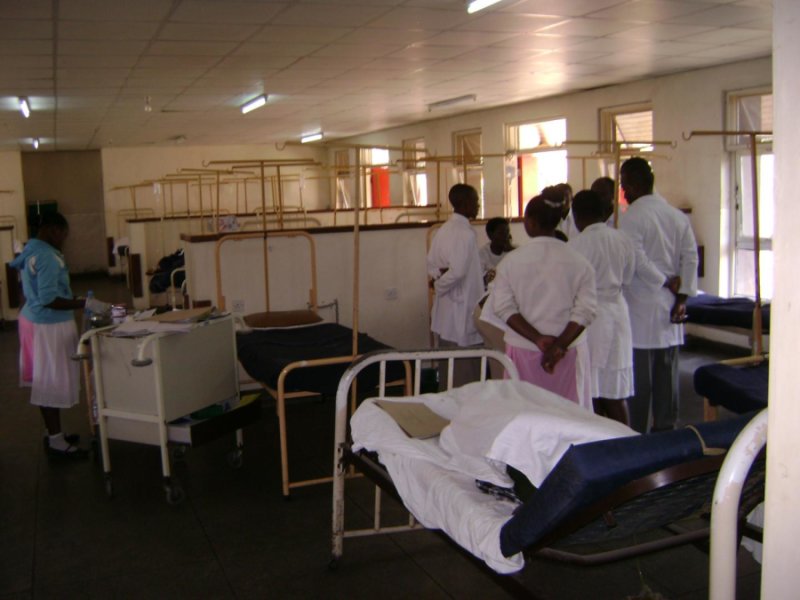 The first days after HIV infection are very important because sexual partners are exposed to extremely high risks of infection due to the subsequent high viral load in the infected person. Additionally, this period of time determines the further course of HIV infection. DZIF scientists from the Department of Infectious Diseases and Tropical Medicine at the Medical Center of the University of Mu-nich (LMU) and DZIF African partner institutions in Tanzania participated in a pro-spective, multinational study which investigated virological and immunological changes due to HIV — prior to the onset of clinical symptoms and commercial HIV testing windows.

Over several years, more than 2,000 people exposed to high risks of HIV infection were tested twice-weekly in Tanzania, Kenya, Uganda and Thailand. A specific, highly-sensitive method called APTIMA, which is able to detect very low concentrations of around 20 copies of HIV ribonucleic acid (RNA) per millilitre of plasma, was used to detect newly acquired HIV infections. By means of this method, a total of 112 people were confirmed positive only a few days after HIV infection. The study results of 50 patients from this cohort are now described in the New England Journal of Medicine. These very early-stage cases of HIV infection had an average of five days between the last negative and the first positive blood test. Analysing cases at such early stages of infection has been unique up to now, because earlier studies only included patients who already had symptoms or had contracted the infection several weeks earlier.

“Conducting this study was very challenging,” says Dr Inge Kroidl, clinical research coordinator of “RV 217,” as the study in Tanzania is called. “We had major doubts about whether the study participants who were members of very mobile and partially stigmatised high-risk groups would be willing to participate in such a complex study.” Previous studies, conducted within the longstanding collaboration between the Munich Institute of Tropical Diseases, headed by Prof Michael Hoelscher, and the Mbeya Medical Research Center in southern Tanzania, laid the foundation for conducting a study of this kind. The other three countries also benefited from many years of research experience contributed by Dr Merlin Robb, Walter Reed Army Institute of Research, who led the study.

The data on early-stage HIV infection collected during this study contributes to a better understanding of immune defence mechanisms and should result in opti-mising vaccination strategies. In the RV 217 study, the scientists collected data on the course of viraemia and immune reactions during the acute stage of infection. In doing so, the period of time between contracting the infection and peak viraemia could be described more precisely. Here, cell types which are critical to the further course of HIV infection start spreading2. The period of time between the first confirmation of HIV-RNA and peak viraemia lasted an average of 13 days. On the other hand, the so called viral-load set point, meaning the period of time be-tween the highest and lowest values, was 31 days. For HIV patients, the further course of disease is determined by the set point because viral load values remain constant over a long period of time after this. The level of viraemia at this point in time determines whether the course of HIV infection will be rapid or slow. The set-point is defined in the first days after HIV infection, and the course of chronic HIV over the course of years is determined during these first days. Information about interactions between the immune system and the virus, which influence the set point level are therefore of crucial importance.

The goal is curing HIV

The RV 217 study was initiated in 2009 and is still recruiting participants. Approximately half of the newly infected HIV patients were treated with antiretrovirals during the acute stage. A comparison between patients who were treated early and the above-mentioned 50 patients who had newly acquired infections permits researchers to draw conclusions about the possible effects of this therapy. In ad-ditional studies (RV 398 amongst others), innovative treatment concepts, e.g. with monoclonal antibodies, are being tested. “Long-term goals of these investigations, which we are also conducting with a German cohort at the DZIF, is to develop strategies to eradicate HIV from the body and to achieve long-term HIV remission, and possibly even a cure,” says Dr Arne Kroidl, who is responsible for clinical HIV research at the DZIF International Clinical Trials Unit at the Munich Department of Infectious Diseases and Tropical Medicine.