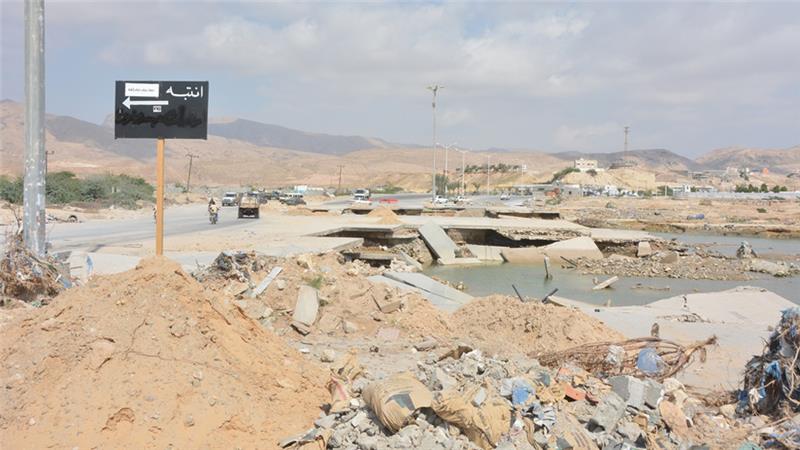 Mukalla’s fight against the disease is hampered by a sewage crisis and the fact that al-Qaeda controls the city.

Abdullah, a middle-aged bus driver in Yemen’s port city of Mukalla, goes home from work each day with a severe cough and sore eyes after being exposed to large amounts of sewage on the streets.

“I have no other choice but to keep driving, as no one would feed my children if I stayed at home,” said Abdullah, who only gave his first name. To cope, Abdullah said he presses a piece of cloth over his mouth and nose when driving by the waste.

Two months later, the city remains submerged in sewage swamps, and locals passing by are forced to inhale the noxious fumes. The already miserable situation was exacerbated when Mukalla was hit by a second outbreak of dengue fever in mid-November, months after recovering from a similar wave earlier in the year.

Last April, al-Qaeda exploited the chaos in Yemen to seize control of Mukalla and expand its influence in neighbouring regions, spurring many officials to flee to Saudi Arabia. Today, al-Qaeda shares power in the city port with a local entity called the Hadramout National Council.

Mukalla residents, including government officials and medics, have complained that the city has been left alone to handle the cyclone’s aftermath.
Officials say that regional and international aid organisations have expressed reluctance to dispatch aid to a city under the control of al-Qaeda.

Mohammed al-Amoudi, the province’s assistant undersecretary for technical affairs, who opted to stay in the city and coordinate the delivery of the small amount of aid that has arrived, told Al Jazeera that many humanitarian organisations “said that they were worried about safety of their workers. The UAE Red Crescent wanted to work with legitimate authorities in the city.”

Amoudi said Mukalla has turned to local charities for help in repairing the damage. “The charities have good connections with philanthropists and aid organisations in the Gulf states,” he said. “The government is only paying salaries.”

As well as the generous aid in the health sector from these charities, Amoudi said large amounts of funding are needed to repair damage to roads and water systems in rural areas of Hadramout.

“We seek to rebuild the destroyed roads and bridges. Many farmers whose lands were washed away want to bring back their sources of livelihood.”
Today, Mukalla residents say the most dangerous consequence of the cyclone is the fresh outbreak of dengue fever.

Riad al-Juriri, who heads the provincial office of the minister of health in Mukalla, told Al Jazeera that his office has logged 1,040 suspected cases of dengue fever and 280 confirmed cases since mid-November. So far, seven have died.

The spread of the disease is “due to large swamps, damaged sewer systems and accumulation of garbage”, Juriri said.

Like other officials who complained about the lack of quick aid from international organisations, Juriri said local charities were willing to fund spray campaigns to kill mosquitoes, but noted that pesticides and modern spraying machines are not sold in Yemen.

“The pesticide spraying is effective in killing flying mosquitos,” Juriri said. “[However], they spread again because stagnant water and piles of garbage, breeding grounds for the disease, still exist.”

Last week, a coalition of local charities agreed to make additional donations to the government-run Water and Sanitation Company to fill in the remaining quagmires and repair the destroyed sewer systems. Juriri said that some international aid organisations have recently responded to the calls for help, although only one sent a non-Yemeni worker to the city. A spraying campaign funded by the World Health Organization recently held a training course for local doctors on detecting diseases.

In addition, a worker from Doctors Without Borders (MSF) visited the city a month ago and met Juriri and other officials. “MSF’s aid shipment was very helpful and met our demands, since their worker directly experienced our problem,” Juriri said. But he urged international organisations to do more to help Mukalla fight dengue fever. “We are still in need of a large quality of pesticides, spraying machines and some laboratory supplies,” he said.

Endosomal Proteolysis of the Ebola Virus Glycoprotein Is Necessary for Infection