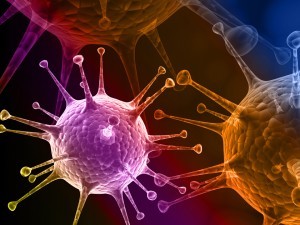 HERVs compromise 8% of the human genome. These viral genes loose activation in time and become normal components of the human genome. However they may take part in some physiological and pathological conditions. It is suggested that, for expression or regulation of some human genes endogenous retroviruses may be needed. Moreover as humans share about 99% of their genomic DNA with chimpanzees, endogenous retroviruses may have contributed to human evolution by regulation of the genes.

HERVs are found to be involved in the pathogenesis of some diseases. Especially those that are related with the immune system, like: Systemic lupus erythematosus, multiple sclerosis, rheumatoid arthritis, schizophrenia, malignancies, immunoglobulinopathies and psoriasis. Psoriasis is tend to be accepted as a multifactorial disorder caused by multiple genes triggered by some factors and resembling a T lymphocyte-mediated autoimmune disease. HERVs which may be activated by different mechanisms seem to be involved in both the genetics and induction of psoriasis. The aim of this minireview is to direct attention to the HERVs and their relation to skin diseases like psoriasis as this subject is not widely investigated in Turkish literature.