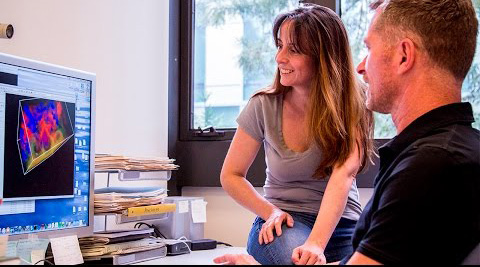 Phage therapy, which exploits the ability of certain viruses to infect and replicate within bacteria, shows promise for treating antibiotic-resistant bacterial infections. But the design of such therapies depends on a solid understanding of how phages do their work.

“Phages can kill the cell immediately, or they can become dormant and kill it later,” says Abhyudai Singh, assistant professor of electrical engineering at the University of Delaware.

“The data reveal a high level of precision in the kill time,” he adds. “It takes about one hour for the virus to complete the process, but questions remain about how the cells control this precision in timing.”

Singh and John Dennehy from Queens College and the Graduate Center of the City University of New York have collaborated on research to shed light on the molecular basis for this process.

Their findings appear in a paper, “A First-Passage Time Approach to Controlling Noise in the Timing of Intracellular Events,” published online in the Proceedings of the National Academy of Sciences on Jan. 9.

Singh and doctoral student Khem Raj Ghusinga provided the theoretical contribution and Dennehy supplied the biological foundation for the work, which has important implications for medicine.

“The problem is that while there is an overall precision to this process, there is also inherent randomness from cell to cell,” Singh says. “So our mathematical model is basically a framework, or model system, that brings order to this randomness and provides general biological insights that can be applied in the laboratory.”

He explains that proteins called holins are essential for lysing, or destroying, the cell. They accumulate on the cell membrane, reach a critical threshold, and then form holes that rupture the cell and release phage “babies.” But the same gene that expresses holin also expresses another protein called antiholin.

“It’s curious that nature would make two versions of a protein that cancel each other out,” Singh says. “But it turns out that it’s actually antiholin which makes the timing precise. If we remove antiholin, the variation in the process increases.”

Singh says that the formulas developed in the work shed counterintuitive insights into the regulatory mechanisms needed for scheduling an event at a precise time with minimal fluctuations.

“While we expected feedback to be an important part of the triggering mechanism, it turns out that negative feedback regulation can actually amplify noise, or confusion, in event timing,” he says. “So in some cases, such as with our work on lysis in bacteriophages, precision in timing is obtained with no feedback at all.”

“We believe that the analytical results and insights we obtained in this work have broader implications for timing phenomenon in chemical kinetics, ecological modeling and statistical physics.”