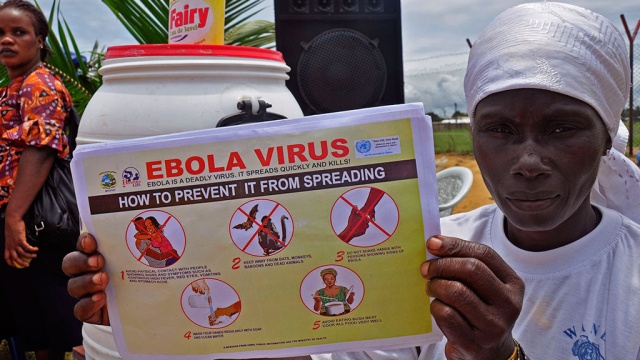 To be prepared for new Ebola virus disease cases, it is fundamental to start by identifying the range of the virus and the regions that are more favorable for its propagation. A team from the Center of International Forestry Research, Manchester Metropolitan University, and the Universidad de Málaga has led an unprecedented initiative to produce a new and more complete map of the Ebola virus in Africa.

Using spatial distribution models, the investigators have applied analytical techniques that indicate where the virus is likely to be found in more favorable conditions. These models take into account a number of non-human mammalian species as well as environmental variables for predicting the presence of the virus.

By assuming that more mammalian species than simply fruit bats may be involved in its presence and spread, the map suggests that the Ebola virus may be even more widespread than formerly suspected. The map indicates that more favorable areas for the virus extend throughout the coastal areas of West and Central Africa, stretching from Cameroon to Guinea and into the East into the East African Lakes region.

“Although much more research needs to be done on what determines Ebola disease outbreaks, our methodology based on biogeographical analyses and developed by our team–led by Dr. Jesus Olivero at the University of Malaga — is far reaching and will allow us to be more precise in ascertaining which areas are better suited for the virus,” said Prof. John E. FA, co-author of theMammal Review article. “This is a good start to understand what may be influenced by outbreaks of the disease.”

Trick of the light may help diseased plants attract greenfly

Influenza viruses can hide from the immune system