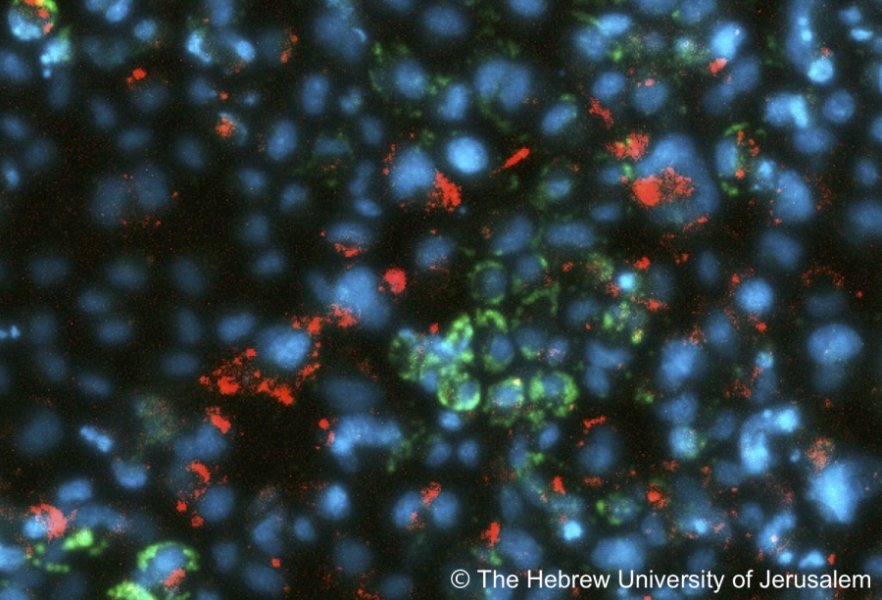 International partnership unravels the mechanism by which Hepatitis C Virus (HCV) reprograms human metabolism, and identifies new pathways of anti-viral resistance. Viral infection is one of the leading medical challenges of the 21st Century, ranging from the Hepatitis C Virus (HCV) epidemic affecting 3% of the global population, to recent outbreaks of West Nile, Zika, and Ebola viruses.

Viruses are parasites that lack the basic metabolic machinery needed to replicate. To get around this problem, they hijack the metabolic machinery of their hosts in order to complete their lifecycle and propagate. However, scientists still don’t have a good understanding of the metabolic interplay between viruses and the organisms they infect. This is mainly due to the complex interplay between human genes and metabolic processes.

Now, in new research appearing in the journal Nature Chemical Biology, an international research group led by the Hebrew University of Jerusalem systematically identified an array of genetic switches that controls the metabolic response to Hepatitis C Virus infection. By carefully selecting drugs that target these genetic switches, the researchers were able to show how these genes control metabolic processes, such as glucose and lipid metabolism, and establish how these processes affect the virus lifecycle. Surprisingly, while some metabolic processes were beneficial for the virus, for example by providing it with building blocks for its genetic material allowing it to replicate faster, other metabolic processes were surprisingly anti-viral, disturbing the viral lifecycle.

“This is the first indication that our cells can block replication of Flaviviridae viruses like HCV and Zika by denying them from critical building blocks the viruses need to survive,” said Prof. Yaakov Nahmias, Director of the Alexander Grass Center for Bioengineering at the Hebrew University of Jerusalem, who led the study. “Our results present a new approach to treat virus infection by targeting the genetic regulation of metabolic processes on which the virus rely.”

Metabolism is a complex phenomenon that is primarily regulated by genetic switches called nuclear receptors. Nuclear receptors are a family of proteins found within cells that are activated by metabolites such as fatty acids or glucose, acting as sensors that allow cells to sense and respond to changes in nutrition (e.g. breakfast) by regulating the expression (i.e. activation) of hundreds of genes.

Viruses such as HCV can interfere with this metabolic regulation. When this happens, it results in fatty liver disease and diabetes in infected patients.
To find the mechanism by which viruses such as HCV can interfere with metabolic regulation, the researchers used a new laboratory model of human liver cells developed by Prof. Nahmias. By mapping out the metabolism of both infected liver cells and normal liver cells, they were able to focus on disturbed metabolic processes, and identify the nuclear receptors responsible for their dysregulation.

“This is a fascinating approach,” said Prof. Oren Shibolet, head of the Department of Gastroenterology at Tel Aviv Sourasky Medical Center and Tel-Aviv University and a co-author of the study, “as the same methodology can be applied to study the metabolic regulation of liver cancer and other infections to possibly identify new therapeutic targets.”

Once the researchers identified the genetic switches controlling the disturbed metabolic processes, they blocked each nuclear receptor using pharmaceuticals, and studied the effects of this inhibition on the virus. While blocking glucose metabolism was detrimental to the virus, blocking lipid metabolism had the reverse effect, actually increasing HCV replication. These findings were validated in a small cohort of HCV patients.

The authors point out that the Flaviviridae family of viruses, which includes Hepatitis C, Dengue, West Nile, Yellow Fever, and Zika viruses, were previously considered to be expert metabolic engineers that optimized the hijacking of host metabolic machinery to create more viruses. “It was quite surprising to see that human liver cells could use metabolic processes to resist viral infection,” said Prof. Jörg Timm, a co-author from the Institute of Virology at the University of Düsseldorf. “It went against our common understanding of viruses as expert metabolic engineers, suggesting new avenues to target virus infection.”