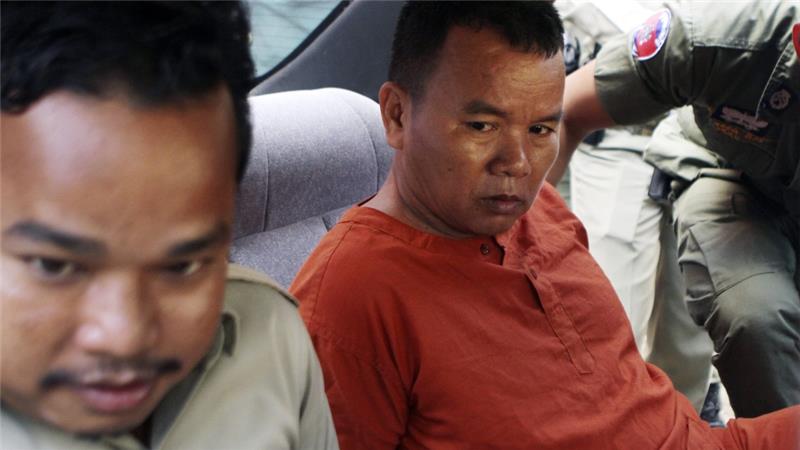 A spokesman for the court in the northwestern province of Battambang said Yem Chrin, 56, was found guilty on Thursday of torture and cruel behaviour resulting in death, intentionally spreading HIV and practising medicine without a licence.

Ten of the villagers have died since the outbreak began, village officials said. Authorities detected an epidemic of human immunodeficiency virus, the virus that causes AIDS, on December 9 when they started testing a community in Battambang. The victims ranged from a two-year-old to elderly in their 80s. Authorities decided to test villagers after a 74-year-old man tested positive for HIV in November.

The man convinced others in the village who had also visited Yem Chrin to get tested, the court heard. “The court found Yem Chrin guilty of operating health treatment without license, injecting people with syringes that spread HIV and torturing people to die,” Yich Na Chheavy, a provincial court judge, said in a verdict read to a packed courtroom.

Yem Chrin admitted to routinely reusing syringes but denied intentionally spreading the virus. He was arrested in December last year and taken into protective custody, with the authorities fearing he might be lynched by residents of Roka village. Police said Yem Chrin was a well-respected doctor who villagers believed had healing powers and who provided cheap treatment for the poor.

Zika virus: Outbreak ‘likely to spread across Americas’ says WHO